You smash a bottle. You glue the pieces of that broken bottle back together. You then smash the reconstituted bottle and again affix the shards to one another.

Do this enough times and eventually the bottle will be significantly larger than when you started out due to the amount of reparative material that’s been introduced over several smash-fix cycles. This process is analogous to the one by which muscles get bigger—workout-induced damage to muscle fibers is the smashing, rest and recovery (along with proper nutrition) is the gluing.

Here’s where that analogy breaks down to your advantage: While gluing can only result in a weaker bottle, the body’s rest-and-repair mechanism actually strengthens torn muscles as it enlarges them—if you allow enough time for the glue to set. That’s why veteran lifters don’t hammer their quads, hamstrings, pecs, or other major muscle groups every day—if all you do is smash, you’ll never have time to rebuild.

But what about abs? Given that they help form the bridge between our upper and lower bodies, keeping us together and upright all day long, there’s a commonly held idea that they are “endurance muscles” and, as such, aren’t constrained by the immutable laws of hypertrophy. True? False? Somewhere in between? We spoke to a handful of fitness experts to get their take.

Do you need to do ab workouts daily?

The most neutral opinion on working out abs every day comes from Alex Koch, professor of health, exercise and sports science at Lenoir-Rhyne University in Hickory, North Carolina. “You can exercise abs daily, but I personally don’t recommend it,” he says, adding that the abdominals are like any other muscles in that making them bigger and stronger requires training with challenging them with targeted core work about twice a week. “Training abs daily for endurance isn’t a bad thing,” he says, “it just isn’t necessary.”

Rob Sulaver, CEO and Founder of Bandana Training, adds that the muscle fiber makeup of our abs tells us that they shouldn’t be trained everyday. “Our rectus abdominis is roughly equal parts fast and slow twitch muscle fiber, just like our arms and thighs,” he says. “With proper training, they’ll need time to recover.”

“Working abs every day is an ineffective program,” says Holly Rilinger, star of Bravo’s elite fitness show Work Out New York, adding that you already engage them in almost every exercise you do (or at least you should be). If you’ve ever braced your core when performing a squat, a push-up, or even a biceps curl, you may not have targeted your abs, but you have “worked” them.

When your abs have had enough

“If you work your abs hard enough you’ll feel the work you did the day before and you’ll agree you need to rest them,” says New York City trainer Dominique Hall. If you can’t make sense of what your abs are telling you, she has a suggestion.

“Tracking your workouts and being consistent about your routine motivates you to do better each time,” Hall says, adding that you’ll start to see the wisdom in targeting your abs every other day (at most) once you see the gains that result. “The more you improve on those numbers, the more muscle you build and bam, you’ll see a six pack!” (Provided that your body fat drops low enough [below about 12 percent for men, and 18 percent for women], of course.)

You can’t outwork a bad diet

OK, so there is a caveat to “Bam! Six pack!” While abs are strengthened and sculpted through training, they are revealed through smarter eating habits.

“People think you can outwork a bad diet, but they’re fooling themselves,” says Hall. “You do need to work your abs, but don’t forget your food intake has to [complement] your goals and you have to be in a caloric deficit for that six pack to show” initially. In short, if you don’t dial in your diet, your six-pack will never show itself.

Put your time to more effective, ab-revealing use

Holly Rilinger, star of Bravo’s elite fitness show Work Out New York advises that it would be a much better use of your time to take those 10 to 15 minutes you spend crunching like a maniac and do some full-body, high-intensity interval (HIIT) training instead. “You will be be burning more calories, and abs are only seen when you are lean,” she says.

Hall agrees that mixing it up is a good policy. “People think that crunches are the only effective ab exercises,” she says. “Sprints, doing high knees while jumping rope, doing a front squat (that front carry hold is a killer on your abs) are other ways to work your abs.” Hall explains that these are functional exercises that help you use your abs in ways that that are actually applicable in everyday life.

“By doing these movements, you can stimulate your abs in different ways on an almost daily basis, but doing the same ab workouts daily will only bring you injury down the road.” 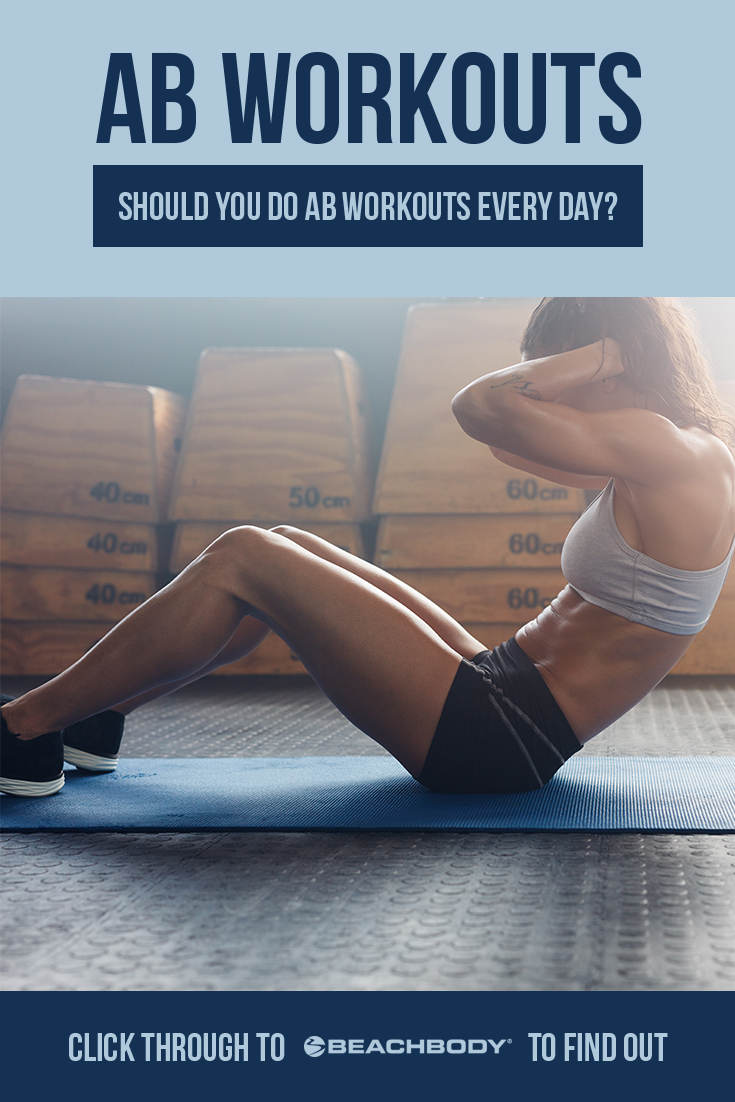