It’s 12:30 a.m. and you’re still awake. Why? Work is finished. Dinner was over a long time ago. Kids are asleep. You’re dead tired, but you’re just gonna watch “one more” episode of that show you’ve already seen. And then scroll through IG — “just for a second.”

You have to get up for work at 6:30 a.m. tomorrow. You know sleep is essential, but you just can’t make yourself turn off the light.

What Is Revenge Bedtime Procrastination? 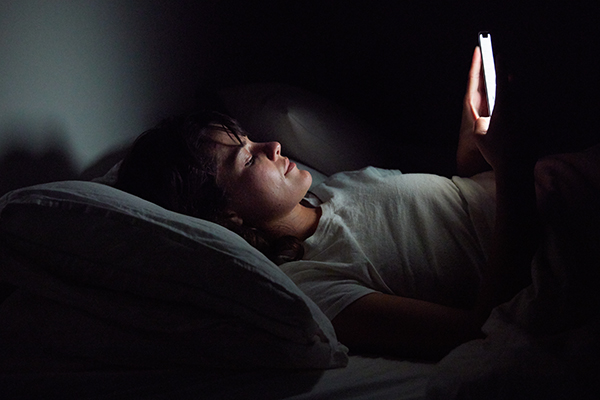 “Revenge bedtime procrastination is when someone feels that they don’t have enough free time during the day, so they end up staying up later, sacrificing sleep, to engage in behaviors or activities that they didn’t have time to do during the day,” explains Ryan Fiorenzi, a certified sleep coach and founder of Start Sleeping.

For one person, that may be staying up late to read or binge-watch a TV show; for another, it may be knitting, crafting, or crosswords.

Even late-night exercise can be a form of procrastination.

The term “revenge” can be a bit misleading, though, says Rhonda Mattox, M.D., a psychiatrist in Little Rock, Arkansas.

“While [the term] definitely captures our attention, we may not consciously be trying to get revenge as much as we are trying to restore value, meaning, joy, and reconnect somehow with those things that used to bring us joy,” she explains.

“These activities happen in the heat of the night because that seems to be the only block of time that we can be assured it is socially unacceptable to disturb us,” Mattox adds.

The Origins of Revenge Bedtime Procrastination

While humans have likely been doing it longer than there has been a term for it, the first reference to “bedtime procrastination” can be found in a 2014 paper published in Frontiers in Psychology by Dr. Floor Kroese, a behavioral scientist from the Netherlands.

In the paper, Kroese and her colleagues looked at if procrastination at bedtime had a relationship to self-regulation abilities or general procrastination during the day.

Perhaps, not surprisingly, their study revealed that individuals who had lower self-regulation abilities were more likely to procrastinate at bedtime too.

The addition of “revenge” to the term is often traced to the Chinese expression “bàofùxìng áoyè,” which roughly translates to “revenge bedtime procrastination.”

It gained traction due to a 2020 viral tweet from journalist Daphne K. Lee who explained it this way: “A phenomenon in which people who don’t have much control over their daytime life refuse to sleep early in order to regain some sense of freedom during late night hours.” 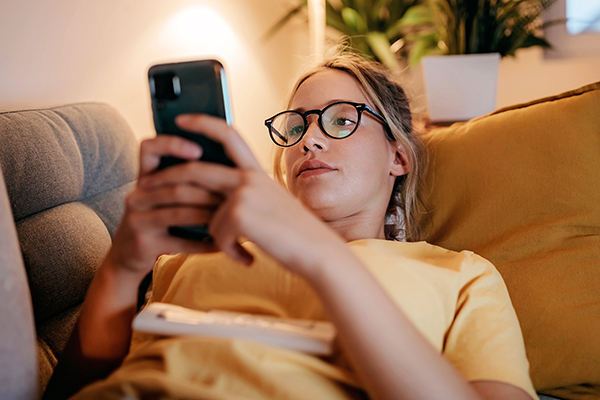 So why do we do this to ourselves? To find the answer, we often don’t need to look any further than our daily schedule.

A 2018 study published in Frontiers in Psychology found that the more an individual had to resist certain desired behaviors or actions during the day, the more likely they were to demonstrate revenge bedtime procrastination.

Less “me time” during the day may lead to stealing that time from our sleep schedule at night.

Not surprisingly, those with the most on their plate during the day were the most likely to exhibit bedtime procrastination.

A 2019 study in Frontiers in Neuroscience found that women, students, and those who work were all the most prone to staying up late to snag some solo time.

Nighttime itself doesn’t help either.

“Everyone becomes more ‘binge-y’ in the later hours of the day, so it’s harder to stop or control impulses,” Dimitriu explains.

“This means people are more likely to practice unhealthy habits such as eating too much or watching too many videos, but the common thread is that we have a harder time stopping,” he adds.

How to Know if You’re a Revenge Bedtime Procrastinator

Since this isn’t an official medical disorder, there aren’t clear criteria for diagnosing if you have it.

But “staying up late, despite knowing you will not get enough sleep, and with awareness of being tired the next day is a sign,” says Dimitriu.

Still, not every late night means you have revenge bedtime procrastination.

“Some of our bodies are wired differently,” explains Mattox. “We are truly night owls, and nighttime is when our genius comes out. That’s when our creativity peaks and when we function at our optimal levels without distraction.” 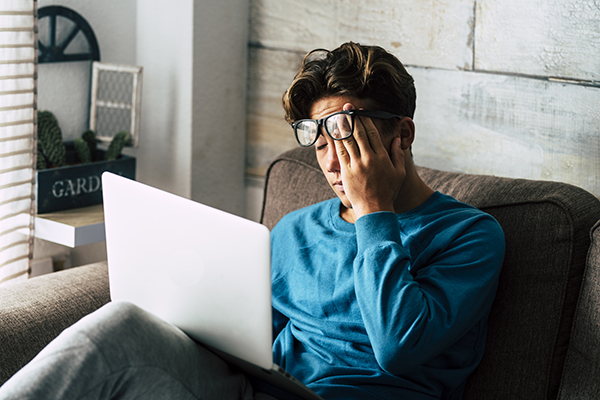 It’s no surprise that lost sleep has its consequences.

Side effects of lost sleep can potentially include:

Chronic sleep deprivation, which Dimitriu defines as “getting less than 6-7 hours of sleep per night” for multiple nights, can also lead to elevated blood pressure, increased appetite and weight gain, worsened memory, anxiety, and depression.

That’s a hard deal to make for just one more episode of The Office.

Counteracting this type of procrastination requires some changes to both your day and nighttime routine.

1. Set a sleep schedule (and stick to it)

“Decide to go to sleep and wake up on a schedule that will make you feel well-rested,” says Fiorenzi. For most people, it’s sleeping between 7-9 hours per night.

2. Track your time during the day

“Many people spend several hours per day on social media and watching TV. Use a journal for a few days to see how long you spend on each activity,” recommends Fiorenzi.

“If you’re guilty of spending too much time on these activities, set a limit and use an alarm.”

3. Build better balance into your schedule

“Create more balance in your life by finding a long-term solution to your lack of free time that’s affecting your sleep,” suggests Fiorenzi.

If you spend an hour commuting to work, consider asking your boss if you can work from home a few days a week. Practice saying no to requests and get-togethers.

Or look for ways to make two-fers: the treadmill while you catch up on your favorite show or calling your mom while you cook dinner.

You’ve heard it a million times — blue light before bed can make it harder to get your shuteye.

“Phones, tablets, and televisions emit blue light, which signals your brain that it’s daytime and time to be aware and awake. Start using a blue light blocker or schedule your screen time in the morning, afternoon, or early evening,” Fiorenzi advises.

Keep in mind that getting good sleep is a long-term game, says Dimitriu.

Just like a single trip to the gym won’t change your body overnight, one night of good sleep will not be enough to see the full benefit.

Dimitriu offers up this challenge: “Try sleeping 7+ hours consistently for 2 weeks and take good notes before and after to see how you feel. In prior studies, sleep-deprived people are often shocked at how much better they felt after getting more sleep.”

Perhaps the sweetest revenge for our busy schedules is being well-rested!

21 Self-Discipline Quotes to Keep You on Track

Do You Still Need Sunscreen Indoors?