Whether you’re kicking back solo after a long day or catching up with your sweetie or BFF over the weekend, the dinner-and-a-movie combo one of the best ways to relax.

“Prepackaged microwave popcorn is convenient, but a better option is popping your own with an air popper and mixing in your own spices and flavorings,” she adds.

But if you’re settling in for dinner and a movie, you’ll need something more substantial.

So, depending on what you’re watching, we’ve rounded up some movie night meal ideas! 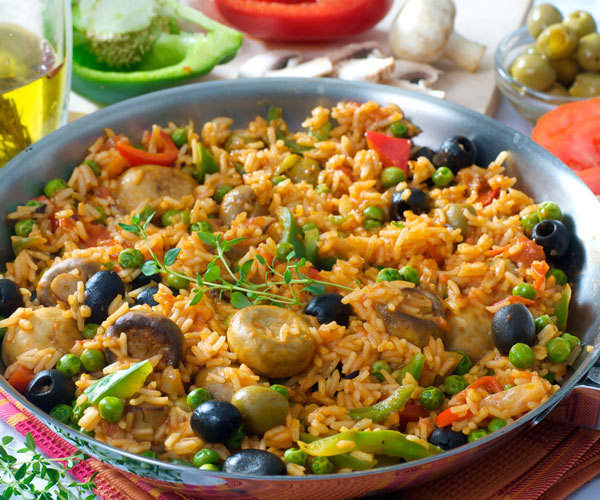 Match surprising twists with a slow-simmering, plant-based paella. A tiny bit of saffron goes a long way in making this dish absolutely delicious.

“To cut down on pre-showtime prep, pre-chop the veggies yourself or purchase already cut-up veggies,” says Vu. 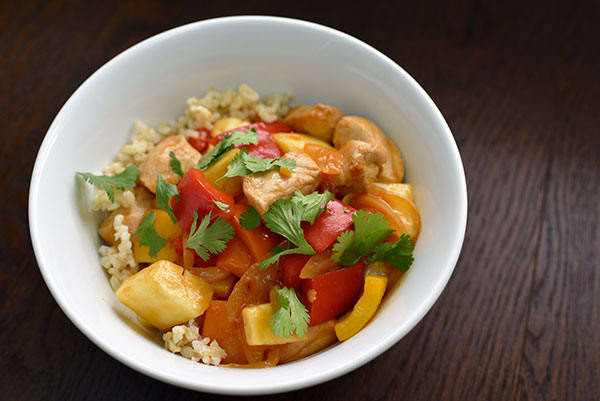 A high-intensity blockbuster is the ultimate pick for chilling at home and ordering in, but we recommend saving your money and making this riff on takeout instead. 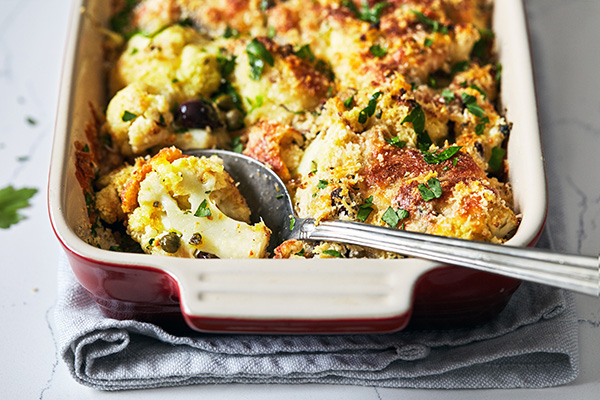 Down-to-earth comfort food is a perfect match for meet-cute love stories. Swipe right on subbing in cauliflower for pasta in this baked penne-inspired casserole.

Roasting this popular cruciferous veggie gives it a sweet and mildly nutty flavor (sounds like amore!). 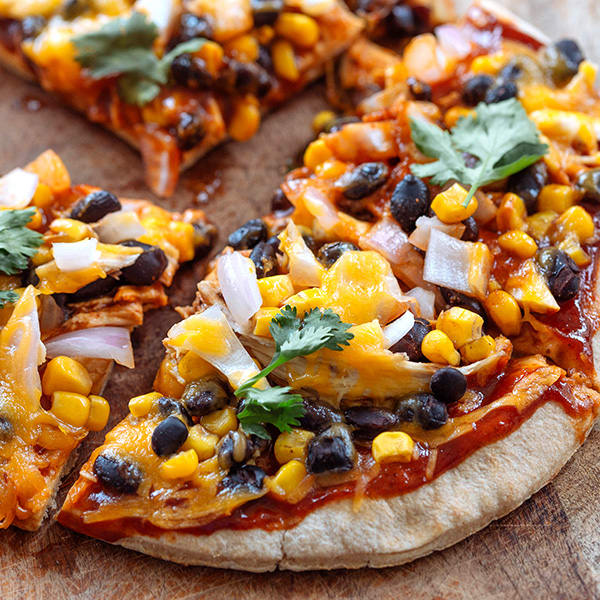 Mix up some mocktails and snacky bites for a gal-pal comedy or sing-along musical.

“Appetizers and desserts like our no-bake s’mores bars are a great option for girls’ night in,” says Vu. “If you want to switch up the toppings on our flatbread pizza recipe, go ahead.” 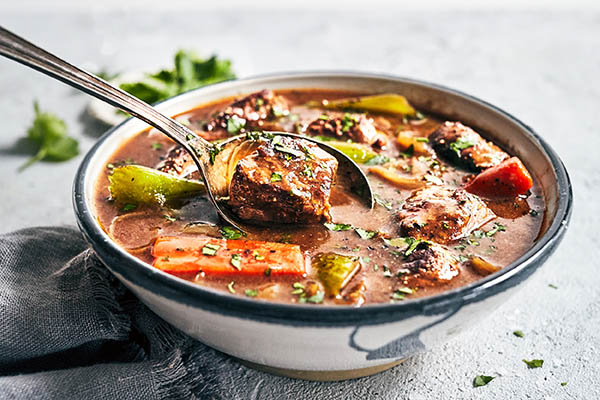 Escape to another time with a dramatic period piece and a hearty stew filled with timeless flavors.

“Cut up the veggies beforehand so you can just throw everything in the Instant Pot and it’s ready for showtime,” says Vu. 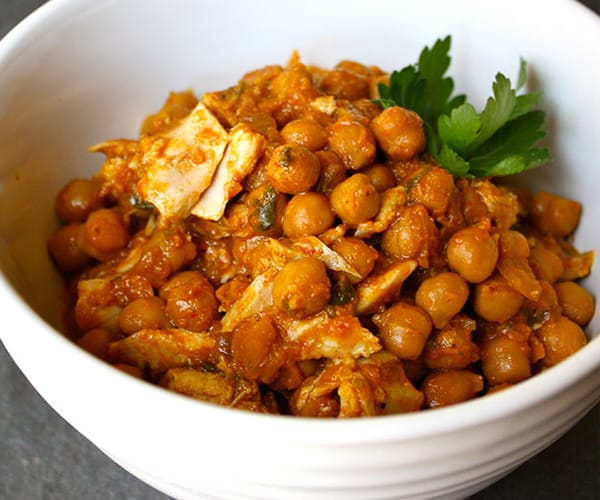 Spice up an exciting escapade with a rich, Indian-inspired curry made with chicken and chickpeas. It’s another delivery staple you can make at home. 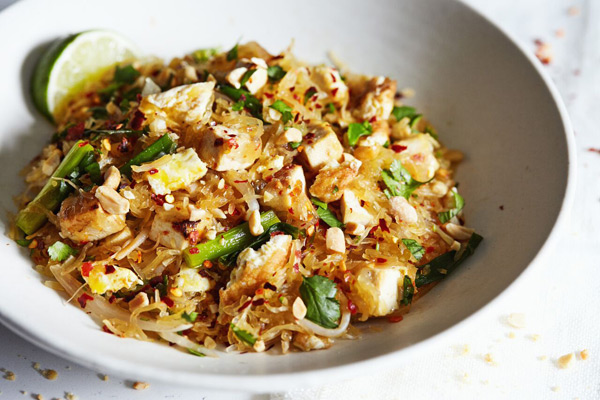 Get into mystery mode with not-your-ordinary dinner. Our recipe bursts with the usual pad Thai suspects — tamarind paste, eggs, bean sprouts, and peanuts — but has spaghetti squash instead of noodles to keep you guessing.

“If you want to speed up the cooking time, pre-bake the spaghetti squash,” says Vu. 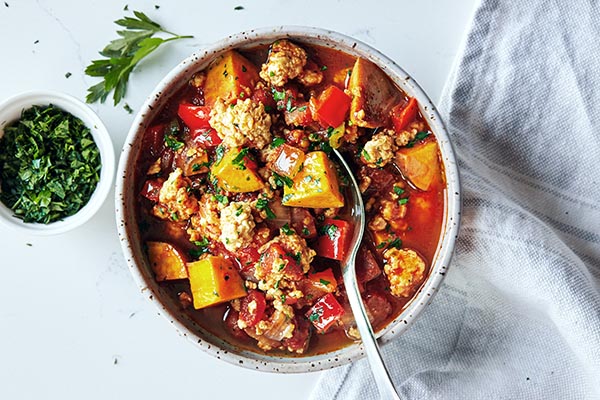 Your couch is definitely comfier than stadium bleachers. Our easy turkey chili will have you cheering on an underdog team or an aspirational athlete story. 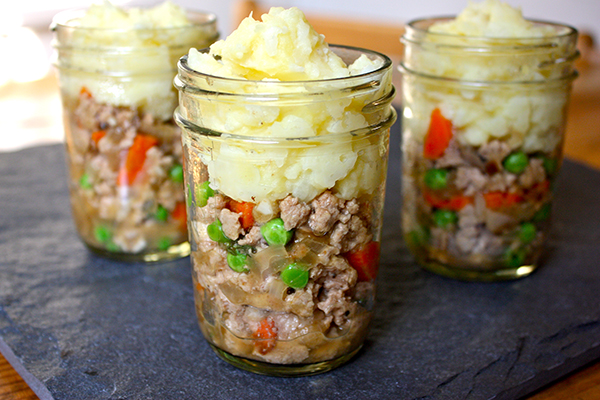 But What About Those Movie Night Snacks?

Ask yourself: “Is it salty or sweet? Give in to that craving with a healthier alternative to sugar-laden, oversized boxes of candy or gigantic tubs of over-buttered popcorn.”

If you want something salty, make pretzel chips or kale chips.

If you want something sweet, whip up some dairy-free “ice cream” from frozen bananas or a delicious, creamy pudding with Chocolate Shakeology.