Workout progress stalled? It might be time to up your density training.

If you’re a regular exerciser, you’re familiar with terms like “sets,” “reps,” and “load” — all of which you can adjust to make a workout more challenging or easier.

And once you learn to work with it, density training can be a handy tool for getting stronger, building muscle, and burning fat faster.

Here’s how to use it. 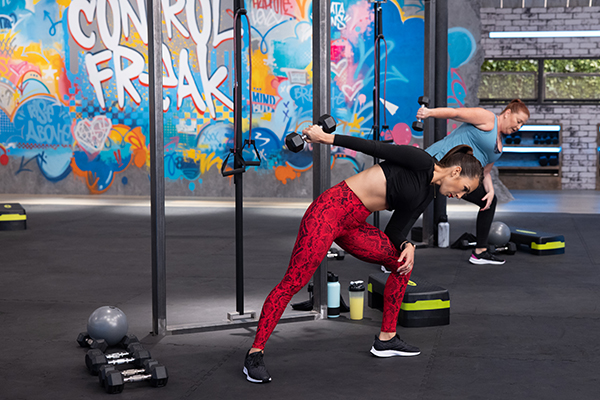 What Is Workout Density?

“Essentially, density refers to the amount of work you perform per unit of time,” says Angelo Poli, ISSN, creator of the MetPro workout and nutrition app.

The faster you complete a workout, the higher your workout density.

Let’s say that last week you performed three sets of ten reps of barbell curls with 40 pounds on the bar.

This week, you want to see if you can do a little better (that’s the point of working out, right?).

Increasing the density of a workout places a higher demand on your muscles, forcing them to adapt and grow.

It also puts a higher demand on your metabolism, driving your heart rate up and burning more calories per minute.

According to Poli, you can increase density in one of two ways.

“Either you do more work in the same period or the same amount of work in a shorter time period,” he says. Either way, you’re placing a higher demand on your muscles — and are therefore progressing.

What’s the Difference Between Interval Training and Density Training?

While you can perform both interval training and density training on the clock, there are important distinctions between them. 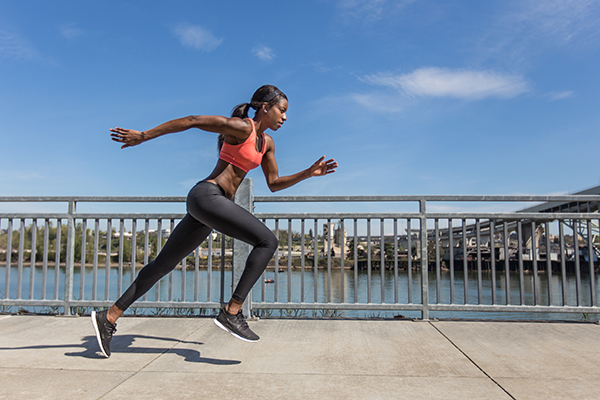 In an interval workout, you typically perform repeated bouts of a single exercise — usually a cardio activity like sprinting or jumping rope.

So a sprinter performing a workout consisting of “8 x 300m sprints; 2 min rest” would do a 300-meter sprint, take a two-minute break, then repeat that sequence eight times.

You can use interval training to increase speed, power, cardiovascular endurance, and burn fat.

As an example of a density workout:

So you might set up a circuit consisting of five pushups, three pull-ups, ten lunges with 10-pound dumbbells, 30 jump-rope jumps, and five leg raises.

Then you might set the clock for fifteen minutes, cycle through the exercises as efficiently as you can, resting as little as possible between exercises until time has elapsed.

If you’ve done the workout before, you might increase the density by trying to perform the same number of rounds in 13 minutes instead of 15. 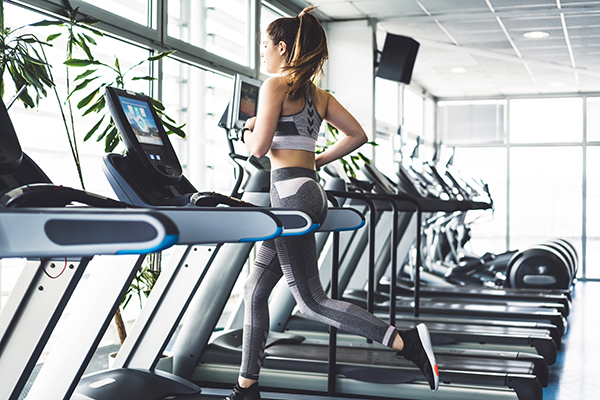 You can perform interval training at any intensity. Sprinting up Dead Man’s Hill, and walking back down, over and over for half an hour is an interval workout.

But so is 10 minutes of alternating 60-second treadmill walks with 60-second rest periods.

When you perform HIIT, you work as fast or as hard as possible during your work intervals — no holding back.

You might get slower as the workout progresses, but you should still work as hard as you can during each work period. Like density training, HIIT is hard — but it also saves you tons of time in the gym.

There are some drawbacks to training on the clock.

It’s easy to lose your form — to keep your hips up while performing push-ups, avoid the bottom half of a squat, or maintain good posture on the bike.

Maintain good form on each move, and steal time from your rest periods between sets. If you break form, don’t count the bad reps.

Whatever form of higher-intensity work you choose — density training, HIIT, or some other approach — it’s essential not to overdo it. “This type of work takes a lot out of you,” says Poli.

HIIT, in particular, drives your heart rate sky-high in very little time. So utilize your rest periods and limit how many times you engage in HIIT each week. A little bit goes a long way.

What’s the Difference Between Mobility and Flexibility?

Hip Hinge: How to Master This Common, Yet Shockingly Elusive Movement

How Many Laps Is a Mile in Swimming?