Seeing his daughter in a Beachbody infomercial was the kick Keith needed to get into shape.

He hadn’t seen his daughter Kailin in more than 12 years when he saw her in the last place he’d expect: on TV, talking about her radical weight-loss transformation in a Beachbody infomercial for Body Beast.

So in May 2016, shortly after seeing Kailin on TV, Keith ordered Body Beast with two goals in mind: to better himself and to reconnect with his estranged daughter.

Sure, at 54, his body wasn’t functioning the same way it had during his 13 years in the Marine Corps, and his snug size 36 pants had long since indicated it might be time to make a change in his lifestyle, but it was seeing his daughter on TV that made him commit.

“Seeing her on TV, and in such great shape, kicked me into gear to lose weight, get physically fit again, and maybe create some common ground with my girl,” Keith says. “I figured that maybe if I was able to connect with her about something she loves we could at least talk, text, email. I was looking for anything to get us together.” 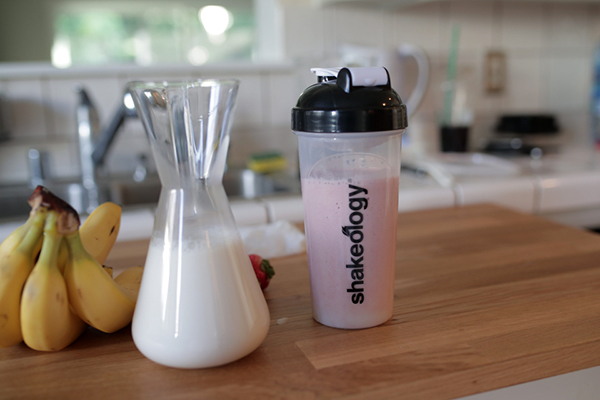 After ordering the program, Keith reached out to Kailin and asked if she would be his Beachbody Coach. Kailin agreed, largely because he focused on the program rather than instantly trying to reclaim a father-daughter relationship, she says.

In his first email, he simply told her he wanted to get in shape and asked questions about Body Beast. She could sense his dedication, and as Keith began his first round of Body Beast, the two started emailing regularly.

Keith’s initial health goals were to lose weight, regain muscle tone, and feel good about his body again — all things that Kaitlin understood. Like her dad, she had served in the military.

But following training, and after giving birth, her weight had quickly increased, leading her to start using Beachbody programs back in 2011 during her divorce. Given her own journey losing 70 pounds and taking control of her health and life, helping guide her dad came naturally.

One focus for the two was revamping Keith’s eating habits. In the past, Keith regularly ate just once or twice a day, and often over-consuming processed foods such as fried foods and soda during those infrequent meals. 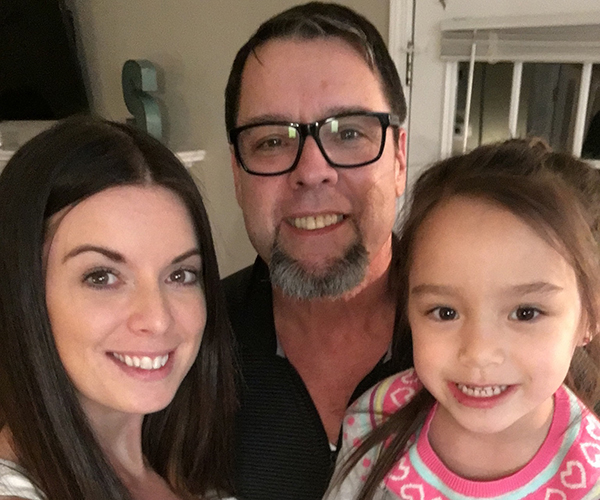 With hard work and commitment, Keith was able to achieve both of his goals. “After three months of the program, I lost 43 pounds and had the six-pack I had in high school,” he says. And even more importantly, he was able to reconnect with his daughter, even meeting her in person for the first time in more than a decade.

“It went great!” he says “I was able to visit with Kailin and see my grandchild for the first time.”

Now, maintaining a combined weight loss of 113 pounds, Keith and Kailin are in constant touch, visiting in person regularly. “He really keeps me motivated,” Kailin says. “He checks in often on progress and it gets me in gear to stick with it too!”

Meanwhile, their excitement and love for fitness has started rubbing off on the rest of their family. Kailin recently got married, and her new husband is now Keith’s Coach; Kailin’s half-sister works out regularly as well.

“I have Kailin back in my life again, and that would not be without seeing that infomercial and starting this fitness journey,” Keith says.

1. Find your deep-down motivation. For Keith, getting fit was about much more than a number on the scale. And it showed.

“I was shocked to see each 30 days how much he was transforming,” says Kailin. “I could tell he was taking it seriously; whether it was because he was bound and determined to get ripped, or he was wanting to find a way to get on my coaching page. I was excited for him and his dedication to both physical changes and our relationship transformation as well.”

2. Find someone who can relate. When it comes to getting fit, any support helps, but it’s especially powerful to lean on someone who truly understands your journey and has been there.

Through Beachbody, Kailin says she learned more than ever that she and her dad shared many personality traits and perspectives regarding fitness and health.

“We were on the same wave length,” she says. That’s something that has helped them support each other to this day.

3. Remember that every little bit counts. With Beachbody On Demand, you can work out anywhere, anytime, as long as you have a computer and a little bit of space.

If you don’t have time for a 45-minute workout, do a 30-minute one, or even a 10-minute routine. “Even if you’re traveling with no place to work out, there is always a workout you can do,” Keith says.